HAWAII — One-quarter of the food that is purchased in the state of Hawaii is wasted, according to a 2016 study.

That’s an estimated 237,000 tons of food per year, which breaks down to 356 pounds of usable food wasted by every person living in the Aloha State every year.

That is valued at a more than $1 billion annually. Doled out, that’s about $700 of wasted money per person, per year.

The study, conducted by University of Hawaii economists Matthew Loke and PingSun

Leung, focused on consumer food waste, targeting the journey of food from the retail market to the table — or the trash.

In addition to the financial and caloric impacts of food waste in the United States, the study details other impacts, such as flooding landfills and exhausting natural resources.

“When we have food waste, it means the resources put into the production of food cannot be channeled into other meaningful wants and needs,” Loke said.

Other studies estimate that a little over 30 percent of food produced in the United States is wasted, but those studies take into account food loss throughout the supply chain, starting at the farm.

The Kekaha landfill is expected to be at capacity in 10 years. Food waste is among the top three contributors to the landfill, among plastic and paper, according to a 2007 waste characterization study.

“Our landfills are limited on the islands,” Loke said. “When you waste food, much of it goes to the landfills.”

Step one of the campaign is already complete: a website with food waste information, which can be viewed at www.kauai.gov/foodwaste.

Currently, the county is diverting about 44 percent of waste from the landfill, which is up from 29 percent in 2008.

The root of individual food waste is personal preference, according to Loke and Leung, who say most waste originates at the household level.

All of those things are considered food waste, Loke said.

He suggests these steps to reduce food waste in the house: store food properly, learn to reuse leftovers, don’t prepare too much food, and use the oldest food in the fridge first.

“In Hawaii it’s part of our culture — we don’t want anyone to go hungry and we tend to overserve,” Loke said. “I’ve always thought the easiest way to reduce food waste at home is to adjust serving portions and always clean your plate.”

He also suggests shopping more frequently so nothing sits in the fridge too long — which, he acknowledges, comes at a bit of a cost.

“If you’re trying to reduce food waste, you have to put some effort into it, and there is a cost there with things like driving more often for gas,” Loke said.

It is estimated that only about 11 percent of the food supply in Hawaii is sourced locally, which means that the vast majority of food is shipped to the islands. That means about 6 million pounds of food come into the state daily.

“Most of our food waste (in Hawaii) doesn’t start at the farm,” Loke said. “It starts at the harbor.”

And as all that food is shipped over, the handling along the way can also contribute to waste.

Loke used the example of papayas, which are picked green. Once these fruits land in the grocery stores and ripen, he explained, any blemishes sustained during the harvesting process suddenly appear and the food is deemed unworthy of sale.

“Something in a storage container, stuck for half a day on the tarmac in the sun, could be destroyed,” Loke said. “That’s additional food waste.”

He and Leung have dubbed this kind of scenario as “pre-consumer food waste.”

The next step in the food supply chain, the retail market, also provides opportunities for food to fall through the cracks as retailers strive to please customers and maintain their bottom line.

Wendy Gutshall, senior communications manager for Safeway, said the company tries to minimize excess waste in its stores by donating baked goods and non-perishable items to local food banks and other charitable organizations.

“In Kauai, we also donate food waste that’s no longer fit for human consumption to a pig farm,” Gutshall said. “We continuously evaluate and assess procedures at all of our stores to strengthen our sustainable practices.”

Remember to store your foods in such a way so the oldest is consumed first. Loke said that’s one of the ways to mitigate food waste in the retail market, especially for foods that can’t be repurposed for human consumption.

“At grocery and retail stores, produce can be sent over to the deli counter to use in pies or soups, and stores can introduce discounts for the food they’re not selling,” Loke said. “The landfill should be the last option.”

The interplay between the 8 million visitors and 100,000 members of the military in Hawaii is another big contributor to food waste, according to the study.

“These two groups of people have a higher budget for food and the military folks and dependents have commissaries, so food is a lot cheaper,” Loke said. “I think it’s realistic to assume that these folks, because they have a higher budget and cheaper food, tend to waste more than the locals.”

Loke said he found it interesting, however, that the food waste in Hawaii actually has some benefits for island residents.

“If we didn’t have the tourist and the military sectors, we would be ordering food and barging it in once a week instead of three times a week. Because of that we get fresher food,” Loke said.

The increased shipments lower the food price for everyone on the island because the boats bring in more of a supply, he explained.

The study hypothesizes that if Hawaii were to reduce food waste by just 10 percent, that would translate to feeding more than 53,000 people in one year.

That’s in a state where 220,000 people are estimated to be relying on federal and state assistance to stay above the poverty line and in a county where 9 percent of the population is living in poverty.

“If there’s a surplus of food that isn’t consumed, you should move it to someone else that has a need,” Loke said. “Think soup kitchens that serve the needy. If not there, than it should be recycled and then composted. If not composted, then it could be animal feed. Landfills should be a last resort.”

Written for The Garden Island Newsapaper, printed August 7, 2016. Photos by Jessica Else. 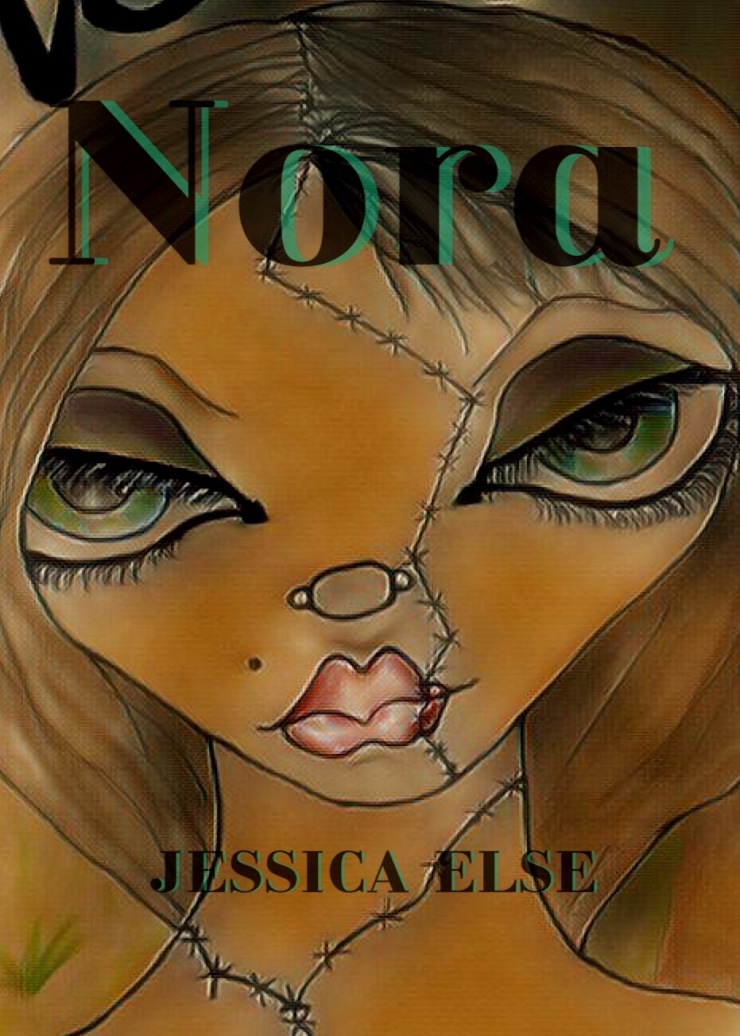 Dark alleys and backdoor deals, head transplants and betrayal, the backfiring of a battle for love — this story isn’t like the others. It’s not yesterday’s account or tomorrow’s weather. It’s a wander down the path of “what if,” a weird little novella written in the moments between regular workdays. “Nora: A Novella” is set… END_OF_DOCUMENT_TOKEN_TO_BE_REPLACED